September 21, 2022
California is awash in renewable energy — except when it’s most needed
Washington Post, Erica Werner
As California suffered through an epic heat wave this month, state officials pleaded with residents to conserve electricity. Almost simultaneously, power grid operators were rejecting thousands of megawatts of solar and wind energy that could have provided a cushion to get through the crisis.
The state has built up so much renewable energy production that it can rarely use it all during peak production hours, but it also doesn’t have enough storage capacity to hang onto it for when it might be needed. Solar and wind generation in California is far ahead of storage capacity, and in some cases isn’t sited near adequate transmission lines. Batteries and transmission lines can be costly to build and find space for. During a record heat wave this summer, state officials pleaded for conservation and issued daily alerts advising Californians to limit their power consumption from 4 p.m. to 9 p.m. The very technology that the state is relying on to reduce carbon emissions, solar power, drops exactly when electricity demand is at its peak.

September 1, 2022
Oregon wind farm sees blades, bolts fly off as failures mount: report
National Wind Watch
After a turbine’s 11-story tall blade flew the full length of a football field and plowed a 4-feet deep furrow in a wheat field, Portland General Electric was forced to take action at Biglow Canyon and shut down all 217 turbines for testing, keeping some out of service for four months. The 15 year old wind farm had a massive set of maintenance problems and equipment failures. Public safety incidents were not reported, turbines were run with broken blade bolts, they were plagued by leaks of oil and lubricants creating environmental and fire hazards, and pieces of turbine equipment were falling into landowners’ fields regularly and not reported to the state promptly, or in some cases at all. Wind power is heavily dependent on federal subsidies and those subsidies are structured in a way that incentivizes operators to skimp on maintenance for older equipment that is no longer eligible.

May 19, 2022
California’s electrical grid has an EV problem
Yahoo Finance, Akiko Fujita
California energy officials issued a sobering warning this month, telling residents to brace for potential blackouts as the state’s energy grid faces capacity constraints exacerbated by extreme heat and fire damage to existing power lines. Since the state has committed to phase out all new gas-powered vehicles by 2035, the additional load from electric vehicle (EV) charging could add more strain to the electric grid. It all boils down to: Are you charging during the time solar power is on? The transition to reduce emissions is complicated by the existing energy mix: more than 60% of U.S. power generation still comes from fossil fuels. Without a clean electricity source for EVs to plug into, greenhouse gas reduction would be limited for vehicles, compared to 2020 levels. Freyr Battery CEO, Tom Jensen cautioned that meaningful decarbonization is unlikely until roughly 80% of the battery supply chain is developed using renewable energy.

April 26, 2022
New York State Thruway Authority loses lawsuit over non-functioning windmills
WGRZ
A judge has dismissed a lawsuit filed by the New York State Thruway Authority against the manufacturers, installers, and consultants involved with a project aimed at powering facilities with wind power near the shore of Lake Erie, but which turned out to be a failure. It was the winds that made the failed turbines unsuitable for the conditions in the region, because they couldn’t stand up to the wind shears there. The state was advised that it had to do studies on wind shear to ensure the type of turbines they were buying would stand up to prevailing conditions. The state was advised that if it failed to do the required studies, then there could be no warranty if the turbines if they failed.

February 7, 2022
Oklahoma Wind Facility Forced to Remove or Repair Turbines
Heartland Daily News, Duggan Flanakin
The Oklahoma Corporation Commission (OKCC) declared damaged turbine blades and towers at an industrial wind facility straddling the Oklahoma-Texas border in the Panhandle region a threat to public safety. KODE Novus industrial wind facility, consisted of 60 towers in Oklahoma and 60 across the Texas state line, and associated equipment. Nine towers had signs of catastrophic failure, with portions or entire blades missing and burnt nacelles at tower tops. Dozens of other towers were locked down, either because of internal damage or for other problems compromising their operation. The initial repairs took six months because the damaged blades could only be removed in low wind conditions. Some turbines remain shut down as the company is being forced to manufacture new parts for them from scratch because the original manufacturer, DeWind, went bankrupt.

December 18, 2021
Grid can’t rely on renewables alone
Observer, Mark Twichell
NYISO’s has a real-time dashboard (www.nyiso.com) where the power generated by wind energy and other fuel sources can be observed day-to-day in five-minute increments and historically through an archival record. An audit of it from January – October, shows 62 days where the turbines could not produce 100 MW for most of the day. 235 days where the machines functioned at less than 30% efficiency. No matter how many wind turbines NYSERDA promotes in our lake or on our lands their energy is an insufficient, unreliable and fossil-dependent source of power. Chautauqua County cannot risk the health and economy of Lake Erie on this obsolete technology which shows no promise to meet our energy needs or our climate concerns.

October 13, 2021
Plug-in cars are the future. The grid isn’t ready
The Washingtom Post, Will Englund
Seventy-four times last year, the wind across Upstate New York dropped so low that for stretches of eight hours or more barely any electricity was produced by wind turbines in Copenhagen, NY. Nearly half the year, the main transmission line feeding the metropolitan area was at full capacity, so that no more power could be fed into it. Congestion struck other, smaller lines, too, and when that happened some of the wind turbine blades upstate fell still. Making America’s cars go electric is no longer primarily a story about building the cars. Against this ambitious backdrop, America’s electric grid will be sorely challenged by the need to deliver clean power to those cars. Today, though, it barely functions in times of ordinary stress, and fails altogether too often for comfort, as widespread blackouts in California, Texas, Louisiana and elsewhere have shown.

September 8, 2021
Get Ready for the Blackouts
Wall Streen Journal article, Robert Bryce
Between 2000 and 2020, the number of what the Energy Department calls “major electric disturbances and unusual occurrences” jumped 13-fold. Three things are weakening the grid. One is the rush to add renewable energy sources such as wind and solar, which depend on amenable weather to function. Second, over the past few years, numerous coal and nuclear plants that provide baseload power and help keep the grid stable have closed. Third, regional transmission organizations such as Ercot in Texas and Caiso in California are mismanaging the system. They are not providing enough incentives to ensure reliability such as providing payments to generators that have on-site fuel storage. Trying to electrify everything would be a disaster, especially for low-income consumers. Poor folks tend to live in homes that aren’t as efficient or sturdy as those occupied by the wealthy. They are more likely to suffer, or even die, during blackouts or extreme weather.

August 31, 2021
GM’s Chevrolet Bolt Recall Casts Shadow Over EV Push
Wall Streen Journal article
The $1.8 billion recall, around $12,700 per car, among the Detroit auto maker’s costliest ever, underscores the difficulty, and expense of fixing defective electric-vehicle batteries. GM this month expanded the Bolt safety recall for the second time, calling back the roughly 142,000 models built since it went on sale five years ago. GM and battery-cell supplier LG Energy Solution still don’t have a fix. GM has confirmed 10 fires linked to the problem and is aware of some complaints of smoke inhalation but no deaths. It is advising owners to avoid fully charging their cars and warning them to not charge them in their garages.

February 15, 2021
This Blizzard Exposes The Perils Of Attempting To ‘Electrify Everything’
Forbes, Robert Bryce
Electrifying everything would concentrate our dependence on a single network, the electric grid, and in doing so make nearly every aspect of our society prone to catastrophic failure if or rather, when a widespread or extended blackout occurs. This blizzard proves that our natural gas grid is part of our critical infrastructure and that we shut it down at our peril. It is essential because it can deliver big surges in energy supplies during periods of peak demand. The blizzard and blackouts that are paralyzing the country are occurring at roughly the same time that some of America’s most famous activists and politicians are saying we should quit using all hydrocarbons and dozens of cities across the country are imposing bans on the use of natural gas. In addition to being bad for energy security, these bans are a form of regressive tax on the poor and the middle class because they compel consumers to use electricity, which costs four times more than natural gas on an energy equivalent basis.

December 8, 2020
Electricity prices reach record high in Belgium
The Brussels Times, Jason Spinks
Electricity prices skyrocketed to record heights on Monday morning in Belgium due to unfavorable weather conditions. Prices shot up to €2,300 per MegaWatt-hour due to a lack of wind and sun, causing wind turbines and solar panels to barely produce any renewable energy. The lack of production was worse than initially thought. There was a deficit of 800 MW, which corresponds to a small nuclear power plant, causing electricity grid manager Elia to send prices soaring.

September 19, 2020
‘No more wind.’ WA state utility questions efficacy of wind farms for power generation
The News Tribune, Bill Virgin
More large-scale wind farms they say, will “contribute very little to keeping the regional power grid reliable and will not help Benton PUD solve our seasonal energy deficit problems”, will drive up customer rates, won’t make a significant contribution to reducing greenhouse gases that contribute to climate change, will hurt revenues that utilities like Benton receive from the sale of surplus hydropower and will needlessly clutter up the “scenic hillsides, canyons and desert vistas in our region for little if any net environmental benefit.”

August 26, 2020
Commentary: Blackouts highlight shortcomings of energy policy
California Agricultural Alert, Robert Spiegel and Karen Norene Mills
Unfortunately, the heavy emphasis and preference for solar energy has left insufficient space in the utilities’ mix of resources that can be relied upon for the types of high electrical load that happen during a heat wave. Due to the intermittency of both solar and wind energy, California needs to ensure adequate electrical supply exists from base and peak electrical generation sources. These blackouts should reinforce discussions for a balanced portfolio of energy generation. 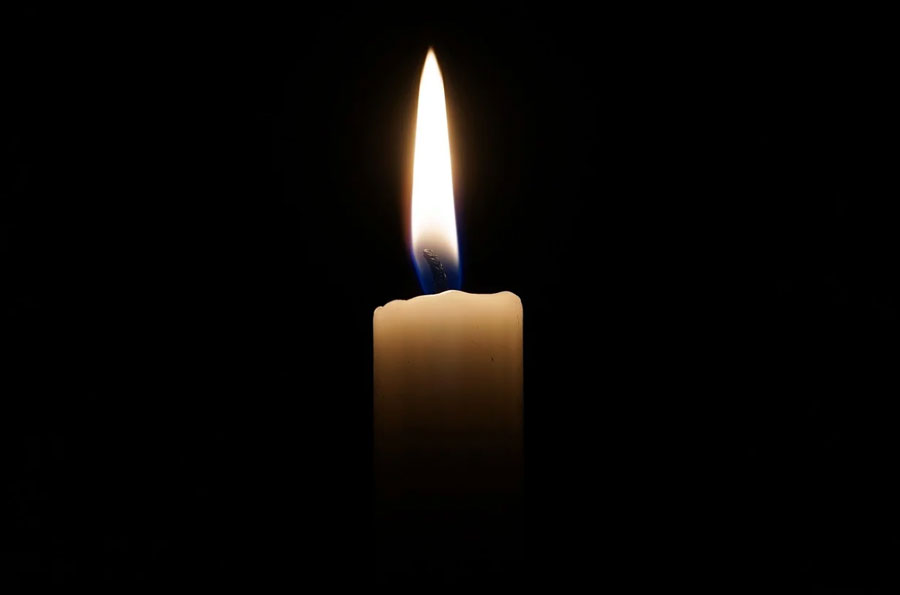