7/14/2022
California went big on rooftop solar. Now that’s a problem for landfills
Los Angeles Times
California has been pushing for rooftop solar power and now more than 20 years and 1.3 million rooftops later, the bill is coming due. Many are already winding up in landfills, where they could potentially contaminate groundwater with toxic heavy metals such as lead, selenium and cadmium. Only 1 in 10 panels are actually recycled, according to estimates drawn from International Renewable Energy Agency. Not much consideration has been put on the end of life of these technologies and capacity is woefully unprepared for the deluge of waste that is likely to come. Although 80% of a typical photovoltaic panel is made of recyclable materials, disassembling them and recovering the glass, silver and silicon is extremely difficult. and the economics of the process don’t make a compelling case for recycling. This is not just a problem in California but also nationwide.

12/7/2021
How the rise of electric cars endangers the ‘last frontier’ of the Philippines
NBC News, Karol Ilagan, Andrew W. Lehren, Anna Schecter and Rich Schapiro
The Rio Tuba mine in the Phillipines supplies nickel for the batteries that power electric vehicles and is on the verge of a major expansion into a pristine rainforest. Local environmentalists fear that it will wipe out the forest’s fragile ecosystem and increase toxic runoff into the rivers that flow past the farmland down below, jeopardizing the crops. The move to expand the mine comes as the destruction of the world’s rainforests, which play a crucial role in protecting wildlife and slowing climate change, is accelerating.

1/30/2021
ALTERNATE ENERGY: Global energy transition must embrace the consequences
Finger Lakes Times, Jim Bobreski
Limited amounts of lithium, cobalt, and nickel exist on Earth, so there may simply not be enough to meet electric vehicles future demand. Lithium and cobalt are the most critical and least abundant. It takes about half a million gallons of water to mine a ton of lithium in brine. The ore is taken to a water source or reservoirs are built to hold the water. These sources become contaminated and numerous environmental injuries and disasters have occurred. Also there is the issue of water depletion in the regions where the ore is mined and processed. Most of the world’s cobalt so far is mined in the Republic of Congo, where in addition to the toxicity in handling cobalt, there are other problems such as child labor and job safety concerns. Another issue is the life of lithium cells is limited. Disposal of lithium batteries is and will be another serious issue.

​5/6/2020
Not so green energy: Hundreds of non-recyclable fiberglass wind turbine blades are pictured piling up in landfill
The Daily Mail
Keith Griffith
“Incredible photos have revealed the final resting place of massive wind turbine blades that cannot be recycled, and are instead heaped up in piles in landfills.
The municipal landfill in Casper, Wyoming, is the repository of at least 870 discarded blades, and one of the few locations in the country that accepts the massive fiberglass objects. Built to withstand hurricane winds, the turbine blades cannot easily be crushed or recycled. About 8,000 of the blades are decommissioned in the U.S. every year.
Once they reach the end of their useful life on electricity-generating wind turbines, the blades have to be hacked up with industrial saws into pieces small enough to fit on a flat-bed trailer and hauled to a landfill that accepts them.”

3/25/2020
Climate change: Green energy plant threat to wilderness areas
BBC News
Matt McGrath
The authors of the report say that greater care must be taken when planning and permitting renewable facilities. “If we let these developments go ahead, the biodiversity will be gone long before climate change starts affecting it,” said Dr Allan.

12/7/2019
What Green Costs
Logic
Thea Riofrancos
The extraction of lithium for electric vehicles and storage batteries causes abnormally arid conditions which constrains access to water for crops and drinking. And, due to global warming, the swings are getting more unpredictable: long dry spells are punctuated by mega-rains that destroy infrastructure and plants, and can’t easily be absorbed by the soil. These changes also threaten habitats for wild vegetation and animals.

6/20/2019
Why we can’t possibly switch everyone to electric cars
New York Post
Robert Bryce
Even if cobalt, neodymium and the other commodities needed to produce millions of electric vehicles were widely available — and not controlled by the Chinese government — mining and smelting the vast quantities of material needed to make those automobiles will itself require enormous amounts of energy, and therefore mean more carbon dioxide emissions.

9/10/2019
Unfurling The Waste Problem Caused By Wind Energy
NPR, All Things Considered
Christina Stella
There aren’t many options to recycle or trash turbine blades, and what options do exist are expensive, partly because the U.S. wind industry is so young. It’s a waste problem that runs counter to what the industry is held up to be: a perfect solution for environmentalists looking to combat climate change.

4/26/2019
’52 communities are fighting against wind in Ireland’
Agriland
Aisling Kiernan
Major concerns have been raised this week about natural habitats and the environment. Mounting evidence to suggest that wind energy “does not reduce” the use of fossil fuels or the levels of emissions.

11/3/2015
(note: this is an older article but is extremely timely and so has been posted out of chronological order)
Federal Lands are being Ruined for Inefficient Solar Energy
New York Times
Janine Baleloch
Utility-scale solar and wind generating plants, most with footprints of several thousand acres, are transforming ecologically rich, multiple use lands to single-use industrial facilities, in effect privatizing vast areas of public land. Those lands cannot be returned to their previous state; conversion is total and permanent, even thpugh most projects will generate power for only 15 – 30 years.

2/27/2019
Why Renewables Can’t Save the Planet
Quillette
Micheal Shellenberger
Dealing with energy sources that are inherently unreliable, and require large amounts of land, comes at a high economic cost.

1/31/2019
Why “Green” Energy Is Futile, In One Lesson
Powerline
John Hinderacker
Yesterday central Minnesota experienced a natural gas “brownout,” as Xcel Energy advised customers to turn thermostats down to 60 degrees and avoid using hot water. Xcel put up some customers in hotels. Why? When the wind isn’t blowing–as it wasn’t yesterday–natural gas supplies the electricity. It also heats homes, and with bitter cold temperatures and no wind, there wasn’t enough natural gas to go around. The resulting “brownout” has been a political shock in Minnesota.

10/4/2018
The Down Side to Wind Power
The Harvard Gazette
Leah Burrows
In two papers — published today in the journals Environmental Research Letters and Joule — Harvard University researchers find that the transition to wind or solar power in the U.S. would require five to 20 times more land than previously thought, and, if such large-scale wind farms were built, would warm average surface temperatures over the continental U.S. by 0.24 degrees Celsius.

9/6/2018
Large wind and solar farms in the Sahara would increase heat, rain, vegetation
Science Daily
University of Illinois at Urbana-Champaign
Wind and solar farms are known to have local effects on heat, humidity and other factors that may be beneficial — or detrimental — to the regions in which they are situated.

2/12/2018
Wind energy may be green, but the water in Chatham-Kent is brown
TVO.org
Mary Baxter
The vibrations — from pile driving, and later, from the turbines’ operation — create waves like the ripples that fan out in water when people throw rocks into a pond. When the waves from different turbines intersect, they can either cancel each other out, he says — or amplify the effect.
“If you have a well at that intersection where waves are really reinforcing each other,” it means the shale at the base of the well is being shaken as hard as it would be in an earthquake. That kicks up the particles, and you’re “going to see your water go a [dark] colour.” 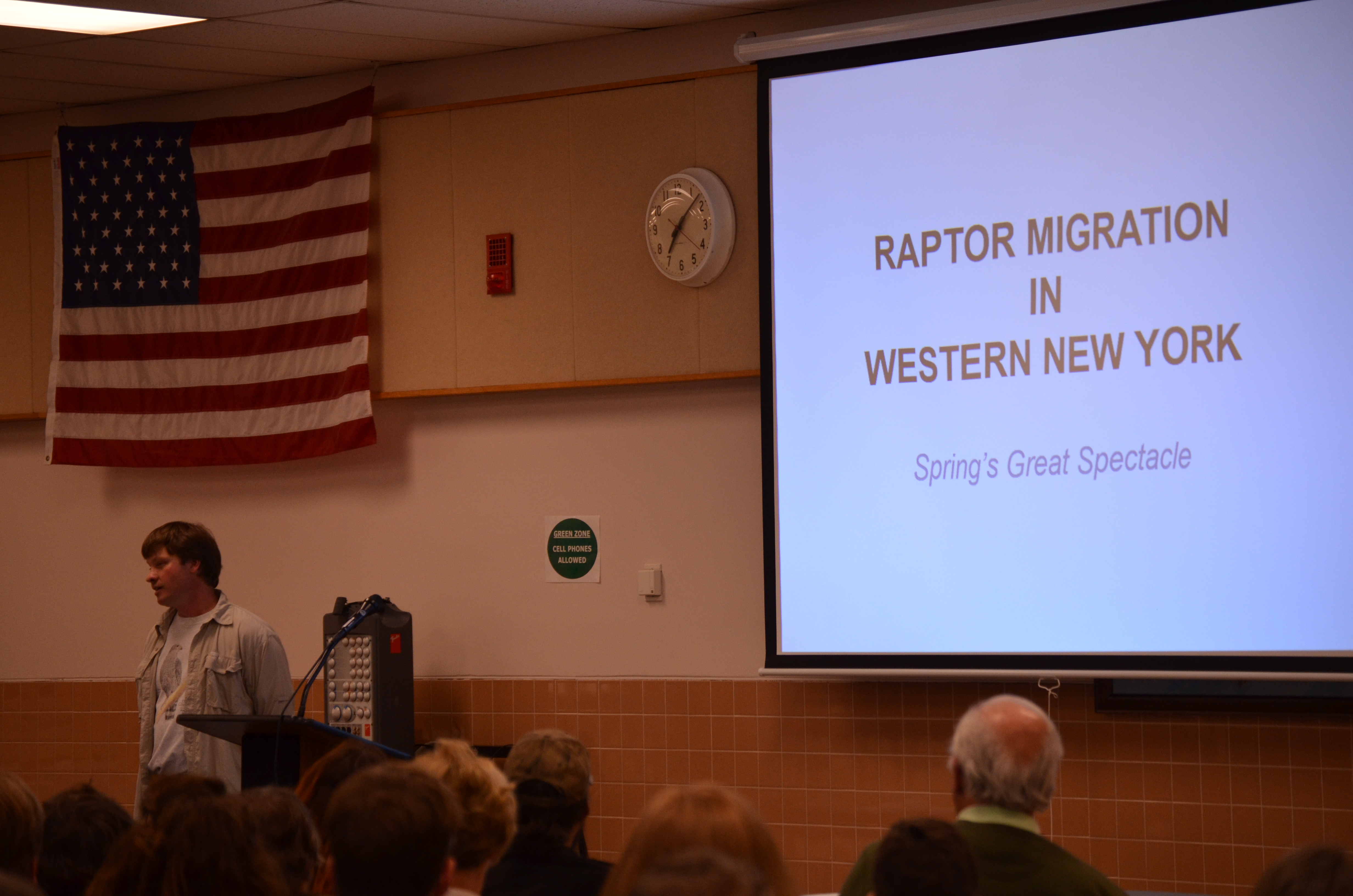