3/7/2022
Washington Post and NPR Ignore the Rural Backlash Against Renewables
Quillette, Robert Bryce
But two recent pieces demonstrate that some of the biggest media entities in the world have no clue about the rural Americans, from Maine to Hawaii, who are fighting to protect their homes and neighborhoods from large wind and solar projects. Nor do the reporters have any sense of the amount of renewable energy—and, therefore, the massive amounts of land—that will be needed to meet America’s voracious appetite for energy and power. On February 20th, a Post article by reporter Kasha Patel touting a recent study shows that “electricity blackouts can be avoided across the nation—perhaps even during intense weather events—by switching to 100 percent clean and renewable energy, such as solar, wind and water.” That’s a bizarre claim. When the Texas ERCOT grid was on the verge of collapse a year ago, wind and solar were almost completely unavailable. The proposal would require cartoonish amounts of land and roughly 5.7 terawatts of renewable generation capacity—more than five times all existing forms of electricity production in the US. Julia Simon’s report for NPR on February 15th claims that opponents of wind energy are employing “misinformation,” but she ignores the copious information about land-use conflicts and the decade-long backlash this has produced against the renewable sector. She also ignores the many reasons rural communities across the US and Europe are fighting the encroachment of renewable energy.

05/21/21
Turbine campaigners take the message far and wide
National Wind Watch, Deposit Courier
Activists with the Broome County Concerned Residents gave testimony at a Hearing on Climate Leadership and Community Protection Act (CLCPA) Implementation. They spoke on the unfair siting process where all the incentives and laws regulating green energy development are heavily skewed in favor of the developer at the expense of local communities and natural habitat, which is eroding Home Rule and making a joke of environmental review requirements. They also argued that renewable technologies, such as industrial turbines, are adding to the problem of environmental destruction, and are failing to reduce CO2 emissions.

04/24/21
Not in Our Backyard
Report for Center of the American Experiment, Robert Bryce
Land-use conflicts are the binding constraint on wind and solar energy expansion and are slowing or stopping these developments all over the country. Objections to large-scale renewable energy projects include concerns about negative health effects from the noise generated by wind turbines, reductions in property values, protection of existing viewsheds, and potential loss of tourism. These conflicts, seldom covered by major media outlets, provide a stark example of the urban-rural divide. Other factors, including the incurable intermittency of renewables as well as the massive amounts of materials, including steel, concrete, copper, and rare earth elements, will also limit the deployment of wind and solar. This 38 page report shows paving rural America with renewable energy infrastructure won’t solve climate change. It will, however, cost trillions of dollars, create visual blight on landscapes across the country, kill untold numbers of bats and birds, cause more negative human health impacts, and lead to more economic pain in rural America.

12/8/20
Electricity prices reach record high in Belgium
The Brussels Times, Jason Spinks
Rising prices disproportionately impact the poor. Electricity prices skyrocketed to record heights on Monday morning in Belgium due to unfavorable weather conditions. Prices shot up to €2,300 per MegaWatt-hour due to a lack of wind and sun, causing wind turbines and solar panels to barely produce any renewable energy. The lack of production was worse than initially thought. There was a deficit of 800 MW, which corresponds to a small nuclear power plant, causing electricity grid manager Elia to send prices soaring.

10/14/2020
Energy Policy Should Unite, Not Divide, America
Freopp, Robert Bryce
Bryce recently testified before the Subcommittee on Energy, of the Committee on Energy and Commerce on a hearing titled “Generating Equity: Improving Clean Energy Access and Affordability.” His remarks focused on the regressive effects of policies that mandate renewable energy, restrict the use of natural gas, and subsidize electric vehicles. Renewable mandates have driven up electricity prices in Ontario, Germany, Minnesota, and California. His recent research paper for FREOPP shows how bans and restrictions on the use of natural gas in California will force consumers to use electricity instead of natural gas. That is a form of regressive taxation, because on an energy-equivalent basis, electricity costs four times as much as gas. Decarbonizing our energy and power systems cannot be done quickly or cheaply. If the goal is to decrease inequality, policymakers must be attentive so that the cost of decarbonizing America’s enormous energy sector is not borne by low- and middle-income American families.

8/20/2020
Blackouts Expose Perils And Costs Of California’s ‘Electrify Everything’ Push
Forbes, Robert Bryce
The push to electrify everything would prohibit the use of natural gas in buildings, transportation, and require the grid to run solely on renewables. This will further increase the cost of energy at the very same time that the state’s electricity rates are soaring, and will result in yet-higher energy costs. They are regressive energy taxes that will hurt low- and middle-income consumers and in doing so, exacerbate California’s poverty problem. Forcing Californians to solely use electricity for cooking, home heating, water heaters, and clothes dryers costs them four times as much as natural gas. As wealthier ratepayers add solar panels to their roofs and use more efficient appliances, the utilities are selling less energy. However, the utilities must still cover all of their ongoing costs that means they have to charge more for each kilowatt-hour since they are selling fewer of them.

6/1/2020
In New York and New England, Wind Energy Projects Are “Like Siting Landfills. Nobody Wants Them.”
Real Clear Energy, Robert Bryce
“The raging land-use battles in New York over renewable-energy siting aren’t just about property rights and home rule, they are also about geography and class. New York is becoming a wind-energy plantation for New England. Furthermore, some of the state’s poorest counties are being targeted by some of the biggest wind projects.The rural opposition has been so strong that earlier this year, New York Gov. Andrew Cuomo added a provision, known as Article 23, to the state budget that effectively strips local communities of their ability to stop big renewable-energy projects from being built in their jurisdictions. In response, several communities, including Cambria, Yates, and Somerset, passed resolutions declaring themselves “sanctuary towns” against the encroachment of large-scale renewable projects. In addition, Niagara and Orleans counties passed resolutions opposing Article 23.”

4/15/2020
Wind Turbine Noise Associated With Worse Self-Reported Sleep
Reuters Health, Lisa Rapaport
The study included 24 participants who lived close to wind turbines, and a reference group of 26 individuals who didn’t live near wind turbines, who spent three consecutive nights in a sleep laboratory. The first night was for habituation, then participants were randomized to a quiet control and an intervention night with exposure to simulated wind turbine noise.
REM sleep latency was 16.8 minutes longer and REM sleep was 11.1 minutes shorter on nights participants were exposed to wind turbine noise, the study found. Other measures of objective sleep did not differ significantly between nights, including key indicators of sleep disturbance.
Results were similar for people with and without prior exposure to wind turbine noise.
“The findings indicate that continuous environmental noise with amplitude modulations may have some impact on sleep,” said senior study author Kerstin Persson Waye of the University of Gothenburg in Sweden.

10/28/2918
Wisconsin town fighting giant wind farm thinks developer has abandoned project
Cision PR Newswire, Town of Forest
The town’s position is based on a ruling from the Wisconsin Public Service Commission that the project must comply with state noise standards 100 percent of the time it operates. This change came following a lawsuit from the town challenging the PSC’s initial order that had arbitrarily set a 95 percent noise compliance standard.

6/1/2020
In New York and New England, Wind Energy Projects Are “Like Siting Landfills. Nobody Wants Them.”
Real Clear Energy
Robert Bryce
“The raging land-use battles in New York over renewable-energy siting aren’t just about property rights and home rule, they are also about geography and class. New York is becoming a wind-energy plantation for New England. Furthermore, some of the state’s poorest counties are being targeted by some of the biggest wind projects.The rural opposition has been so strong that earlier this year, New York Gov. Andrew Cuomo added a provision, known as Article 23, to the state budget that effectively strips local communities of their ability to stop big renewable-energy projects from being built in their jurisdictions. In response, several communities, including Cambria, Yates, and Somerset, passed resolutions declaring themselves “sanctuary towns” against the encroachment of large-scale renewable projects. In addition, Niagara and Orleans counties passed resolutions opposing Article 23.”

11/13/2019
Hawaii protests show why wind energy can’t save us from climate change
The Hill
Robert Bryce
Of the many land-use conflicts that have erupted during the past decade over proposed renewable-energy projects, the protests at Kahuku are remarkable both for their duration and the number of people who have been arrested. The conflicts are a harbinger of more clashes to come if governments attempt to install the colossal quantities of wind turbines and solar panels that would be needed to fuel the global economy. The refusal of all-renewable advocates to consider the cartoonish land requirements of their schemes and how those plans are affecting ordinary people in rural areas is perhaps the single biggest disconnect in the current energy debate.

8/6/2019
‘Planet of the Humans’, Possibly Most Bracing Environmental Documentary Ever Made
Non Fiction Film
Matthew Carey, documentary film writer and journalist
Director Jeff Gibbs argues we’re heading towards ‘total human apocalypse’ and green energy is ‘not going to save us, it’s actually going to kill us faster’

3/18/2019
Why some rural communities are fighting back against wind development
News-Sentinel
Jeremy Kitson, Citizens for Clear Skies, from Van Wert County, Ohio
Folks fighting for their quality of life are not against better means to serve our complicated energy needs. We are fighting for our property rights, our health, our guaranteed safety, and energy policy that makes sense.

3/7/2019
San Bernardino County Says No to Big Renewables
National Review
Robert Bryce
All across the country rural landowners and governments have been rejecting or restricting renewable projects, and they’re doing so at the very same time that left-leaning politicians and some of the country’s biggest environmental groups are claiming that the U.S. must quit using hydrocarbons and nuclear energy, and instead rely solely on renewable energy for our electricity.

10/22/2018
The Monsters on the Ridge
Bob Lonsberry
Why do you think wind and solar projects in New York invariably end up in the poorest, most rural and politically powerless communities?

Planet of the Humans, A critique of the environmental movement 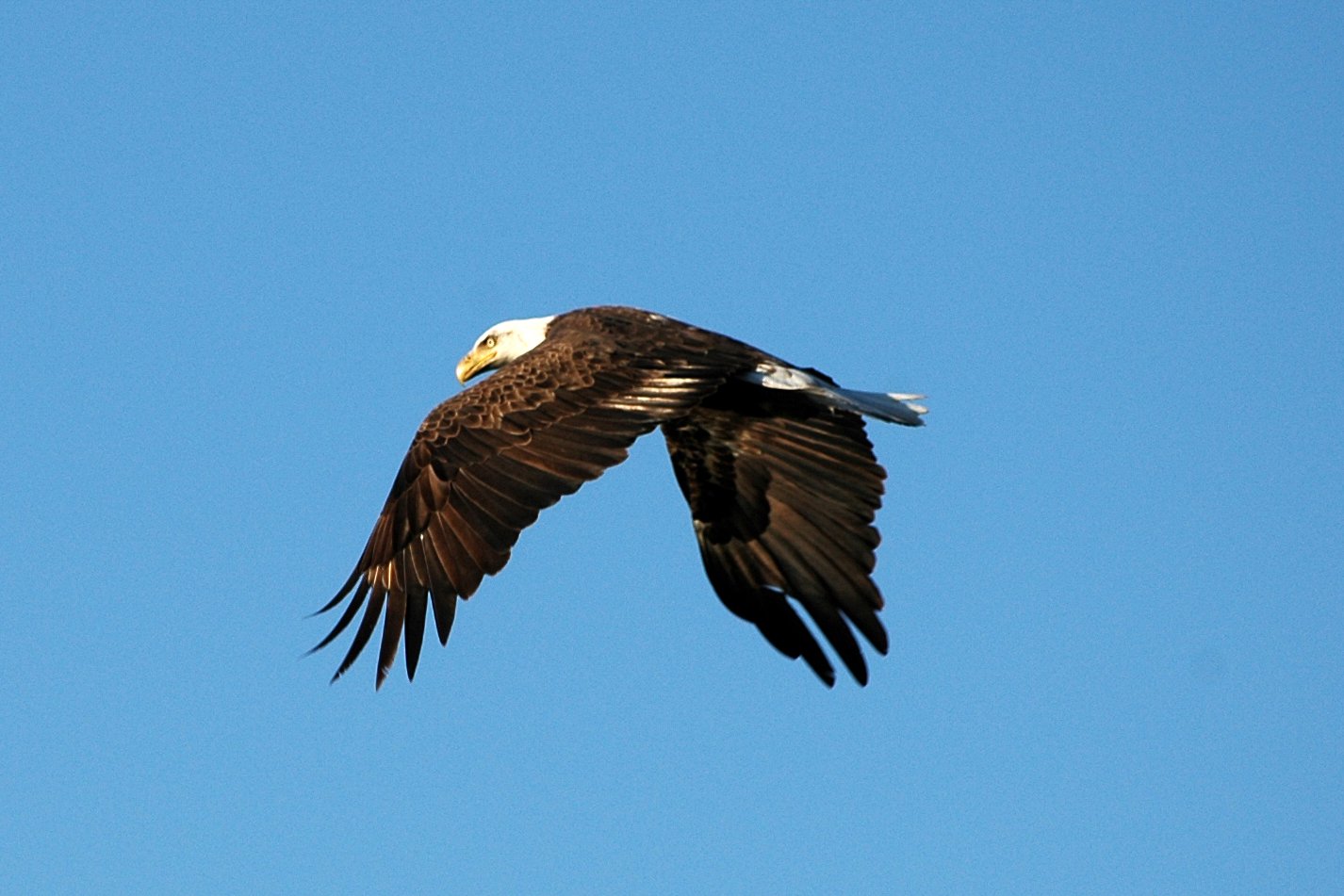