As our dependence on renewable energy increases, reliability becomes a greater issue. We, of course, still need and want electricity on demand. The solar and wind industries acknowledge that both forms of energy conversion are inconsistent and dependent on the vagaries of weather. To compensate, battery storage is being placed within industrial renewable energy facilities. In most of the solar projects proposed for New York, corporations have included specifications for battery storage. In Wyoming County, battery storage is being added to an operational industrial wind project with others to follow.

What is this storage?

The batteries currently being installed are lithium ion batteries. These are the same batteries used in mobile phones, laptop computers, and electric cars. The only difference is shape, size, and number. Lithium ion batteries are used because they are the most efficient at charging, discharging and electron storage. Lithium ion batteries are linked together within a metal box the size of a metal shipping container. Each shipping container battery system is considered one battery for the purposes of renewable energy facilities and is known as a Battery Energy Storage System or BESS (also ESS). Each BESS provides 1-2 megawatt(s) of storage. Each BESS may have 1 million individual lithium ion cells connected in sequence.

We have all heard of fires associated with cell phones, hoverboards, laptops, and electric cars involved in crashes. Imagine the multiplier effect of a million batteries within one metal container catching on fire. Not only is there fire to consider but toxic fumes from those fires, danger to firefighters, inability to recycle used batteries, and environmental impact of mining rare earth minerals and heavy metals for their manufacturing and disposal.

Yes, they can and do catch on fire. Lithium ion batteries are capable of spontaneous ignition and subsequent explosion from overheating. That may be caused by rapid discharge, overcharging, manufacturer’s defects, poor design, mechanical damage, lightning strikes, and charging at very low or very high temperatures. Lithium-ion battery fires generate intense heat (1300°F) and considerable amounts of smoke and dangerous gas.

BESS fires have occurred in the U.S. at the McMicken (Sunrise, AZ) and Mt Elden (near Flagstaff, AZ) facilities. The Kauku Wind Facility had two fires near Oahu, Hawaii, and Franklin, Wisconsin, experienced a fire at a project assembling the BESS. South Korea experienced 23 BESS fires over a year and a half period, causing the government to halt new installations and urging operators to curtail their use in 2019. Not all operators complied, resulting in five more fires.

At the Sunrise, AZ facility, 8 firefighters and one police officer were hospitalized, 2 in critical condition, when the BESS exploded. (Industry articles only reported 4 injured.) One BESS has the explosive power of 17 tons of dynamite with a blast radius of 2 miles and an evacuation radius of 5 miles due to toxic fumes which could contain hydrogen sulfide, hydrogen fluoride, phosphoryl fluoride and hydrogen cyanide. A Type 1 HAZMAT team should be available in every community a BESS is located. These teams have a $4 million start up cost and cost $2 million annually to maintain.

Are there other issues?

BESS and its accompanying mechanics cause infrasound and annoying humming. These renewable energy systems are monitored from across the country through the internet and connectivity is a huge issue in rural areas where these systems are proposed. What happens during a power outage at night, during a severe storm such as a hurricane, tornado or recently seen derecho, or if the system is hacked?

In addition to the hazards described above, BESS systems will not make current renewable energy systems reliable for any significant length of time. To do so would take trillions of dollars. South Australia spent $150 million on BESS to provide wind and solar reliability. After installation they learned that it would only supply power to their grid for 4 minutes.

Obtaining the materials to build the batteries is often done in third world countries with little oversight and so can include child labor. Materials need to be sourced ethically.

Recycling the materials will be difficult and expensive. Depending on the type of battery involved, incorrect disposal can cause a series of effects. Toxic chemicals can leak, making their way into water supplies and animal food chains. The tough battery components made to withstand these chemicals are clearly non-biodegradable and, in some cases, a battery wrongly disposed of can even explode.

As batteries become degraded they are more dangerous and prone to fires. They need to be replaced on a regular basis and this raises the issues of disposal. Where will these enormous batteries go every 10 years as they are replaced? 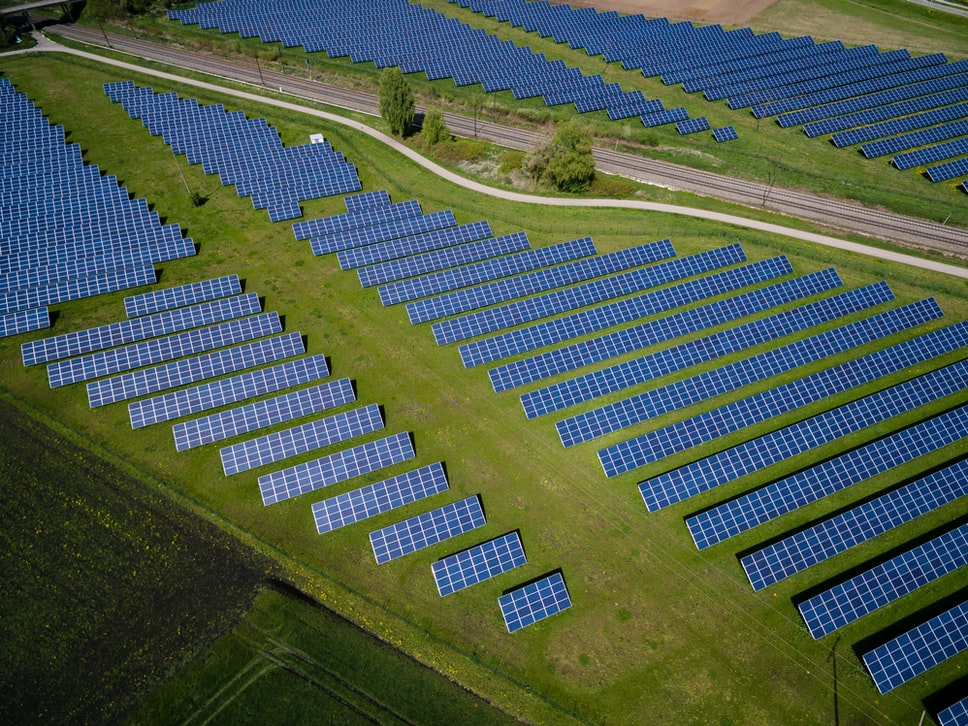 CNBC September 20, 2022
Tesla Megapack battery caught fire at PG&E substation in California
Lora Kolodny
At least one Tesla Megapack caught fire at a PG&E energy storage facility in Monterey, California on Tuesday. The fire caused road closures and shelter-in-place orders for nearby residents who were advised to also keep windows and ventilation systems closed. Richard Stedman, an air pollution control officer for the Monterey Bay Air Resources District (MBARD) said in general lithium ion battery fires can emit toxic constituents like hydrochloric and hydrofluoric acid. Fires in the energy storage systems underscore the challenges of adopting new technology to improve the efficiency of the power grid, and to make greater use of electricity from intermittent, renewable resources like wind and solar.

Lockport Union-Sun & Journal January 5, 2022
Large scale battery regulations adopted in Somerset
Jacob Fries
The Somerset town board on Wednesday approved a local law updating regulation of large-scale commercial batteries, which are used in tandem with solar energy generation. Batteries are to be given tier designations based on size and scale and are subject to specific requirements depending on the tier. An example given in the agenda attachments states that larger scale batteries require building and electrical permits as well as site plan review, and the battery must be in compliance with zoning limitations. Batteries will also now need to comply with dimensional and aesthetic requirements based on the new tier designations, have decommissioning plans in the event of abandonment or discontinuation, and also be insured or guaranteed.

Niagara Gazette December 24, 2021
Wheatfield shines light on battery storage sites
Mia Summerson
Wheatfield is working on a revision to its zoning code to regulate how and where battery storage systems are allowed to be installed. Tier one and two systems – which are the smaller systems used for back-up power – would be considered accessory structures and require only a building permit. Tier three systems – those used to store electricity for the purpose of selling it back into the grid – would require site plan approval and would only be permitted in the town’s industrial zones. The draft law includes a stipulation that all systems have to be referred to the fire department for review, and that fire departments need to be trained on the systems. Also, a safety plan must be provided, which includes fire safety.

Car and Driver November 13, 2020
50,000 Chevy Bolt EVs Recalled
Laura Sky Brown
The problem is the chance of a fire in the high-voltage battery pack, which could occur even when the vehicle is stopped, parked, and not plugged in to charge. GM said owners should park the vehicles outside and away from houses until repairs can take place.

PV Magazine August 15, 2020
The long read: Independently evaluating battery quality
Ian Gregory and Benjamin Sternkopf
You may be aware of the safety risks associated with Battery energy storage systems (BESS), as evidenced by some highly publicized system fires in recent years. Other failure modes such as accelerated aging and under performance are less obvious and less often reported but are indeed present in many installations. It is therefore important that buyers and investors maintain a balanced perspective on risk, focused not only on battery safety, but also on degradation and performance.

Insurance Journal January 29, 2020
Climate-Friendly Battery Boom Presents Growing Fire Safety Challenge
David Baker and Mark Chediak
Some fires can be traced to manufacturing defects in the battery cells themselves, or physical damage after installation. Overcharging can also be a problem, as can poor integration with other electrical systems. Each of those factors can tip a battery cell into a dangerous, uncontrolled chain reaction known as thermal runaway. The flammable electrolyte inside the cell suddenly heats up and causes the same thing to happen in adjacent cells. Once ignited, the batteries can emit toxic fumes.

You Tube February 18, 2020
The Environmental and Ethical Problems with Lithium-Ion Batteries
Bloomberg Technology
Lithium Batteries, the main power supply in electric vehicles, are not without challenges. In the series “EVs: The Brink of Change”, Bloomberg’s Alix Steel looks at the commodities used to construct EV batteries, their merits as well as limitations.

You Tube October 31, 2020
Ripley residents oppose industrial solar
Chautauqua Updates
Mayville, NY — Ripley firefighters and residents filled the legislature’s overflow room for a chance to speak, to tell Chautauqua County legislators what they thought of the 4000-acre solar and lithium battery storage facility. Legislators listened to residents explain the dangers involved in the proposed huge battery system; that such systems are an economic and energy net loss and are an ecological and aesthetic blight. The facility stretches from Westfield, across South Ripley to the Pennsylvania border and will clear cut 1994 acres of hard wood forest. Ripley residents appealed to the Chautauqua County legislators to draft a resolution requesting that the Chautauqua County Industrial Development Agency (CCIDA) not allow a Payment In Lieu Of Taxes (PILOT) agreement for the Texas-owned corporation. They argued that the project would provide almost no full-time jobs; even the construction phase will utilize skilled out-of-state workers. 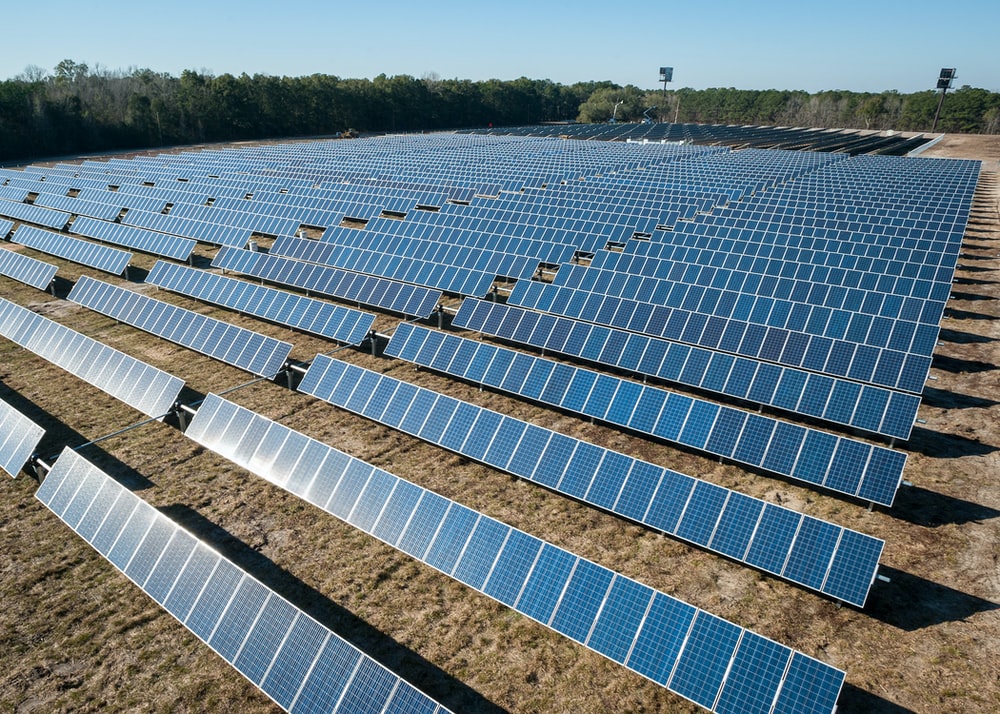