January 3, 2022
Local groups oppose ALJs’ wind project decision
Lockport Union-Sun & Journal, Kate Kremer
Apex’s Heritage Wind project in Orleans County is proposed in an environmentally sensitive area. On Dec. 9, 2021, Administrative Law Judges (ALJs) reviewing the proposed Heritage Wind project issued a decision that ignores the massive number of birds migrating through the project area The Office of Renewable Energy Siting can disregard the ALJs’ recommendation and require additional protections for migrating birds. The Heritage Wind project has multiple community and birding groups as well as one federal and two state agencies either opposed to the project or with substantial objections. The substantial impact to migrating birds was stated in an extensive letter by the U.S. Fish and Wildlife Service and testimony by staff at the New York Department of Environmental Conservation. New York’s climate goals require that the build-out of renewable energy be balanced against the need to protect wildlife.

4/13/2020
Apex’s Grant Program is a Diversion from an Industrial Project
Orleans Hub, James Hoffman, Somerset resident
The newly announced grants program is a diversion away from the industrial nature of the proposed project in Barre, a rural farming community.

3/11/2020
Weekend Wind Turbine Fire Leaves More Questions than Answers
The News of San Patricio, Paul Gonzales
A fire in a turbine in Texas leaves local residents without anyone to contact. The owner is Apex Clean Energy.

12/4/2018
Skirting the truth’s, a habit of Apex
Lockport Union-Sun & Journal
Kate Kremer
Apex, which is proposing 39 towering industrial wind turbines in the town of Somerset and an additional eight in the town of Yates for its Lighthouse Wind project, has a well-documented history of attempting to place industrial wind projects in environmentally sensitive areas. Citizen oversight of this out-of-state developer is essential to protect our environment, economy and our health. On October 26, administrative law judges for the Department of Public Service ruled that Apex should not have withheld information about an eagle’s nest in the Galloo project area. Administrative Law Judge Michael Caruso stated that this withholding of relevant information “raises serious questions about the applicant’s character and fitness.”

10/15/18
4 State Legislators Raise Health Concerns Turbine Project
Orleans Hub
Tom Rivers
“We all support green energy but making sure all public health issues are thoroughly investigated and vetted by the appropriate agencies needs to be a critical component of the permitting process,” according to the Oct. 2 letter signed by State Sen. Robert Ortt of North Tonawanda, and State Assembly members Steve Hawley of Batavia, Angelo Morinello of Niagara Falls and Michael Norris of Lockport.
Ortt’s, Hawley’s and Norris’s districts all include part of the project area for Lighthouse Wind with Morello’s district close by. The legislators say the project hasn’t been embraced by many in the community. “The local opposition to this is intense,” they wrote to the board members.

10/3/18
Somerset Yates Remain Defiant
Buffalo News
Prohaska
Opponents, including both town supervisors, vow to fight the Lighthouse Wind project, whose final approval – or disapproval – will come from a siting board comprised mainly of state officials. Only two local members will sit on the board.
“Two town election cycles have resulted in 10 out of 10 board members against the project,” Yates Supervisor James J. Simon said. “Multiple surveys have shown 60 to 70 percent opposition (among the towns’ residents). The Erie, Niagara and Orleans County legislatures have passed unanimous resolutions against this project, and the recently formed POWER Coalition (Protecting Ontario’s Waterfront, Environment, and Resources), representing 12 diverse, major environmental organizations, opposes Lighthouse Wind.”

2/6/18
As wind movement gains speed, some in Isabella want slowdown
Morning Sun
Lisa Yanick Litwiller
It was an interesting contract, so I got a highlighter and started going through lines,” said Colleen Vogel, who lives on more than 400 acres in Gilmore Township. “We have to be careful. The contract is 34 years and 11 months. Once in place this is not something that’s going to change in our lifetime.” Vogel was approached in February of 2017 about her land and felt uncomfortable with the “back door” way she feels Apex is acquiring land. “It was a hard sell. They said, ‘All of your neighbors are supporting, you don’t want to miss out,’” Vegel said. 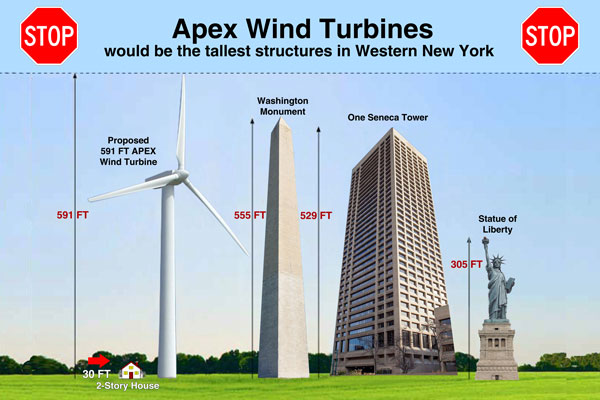 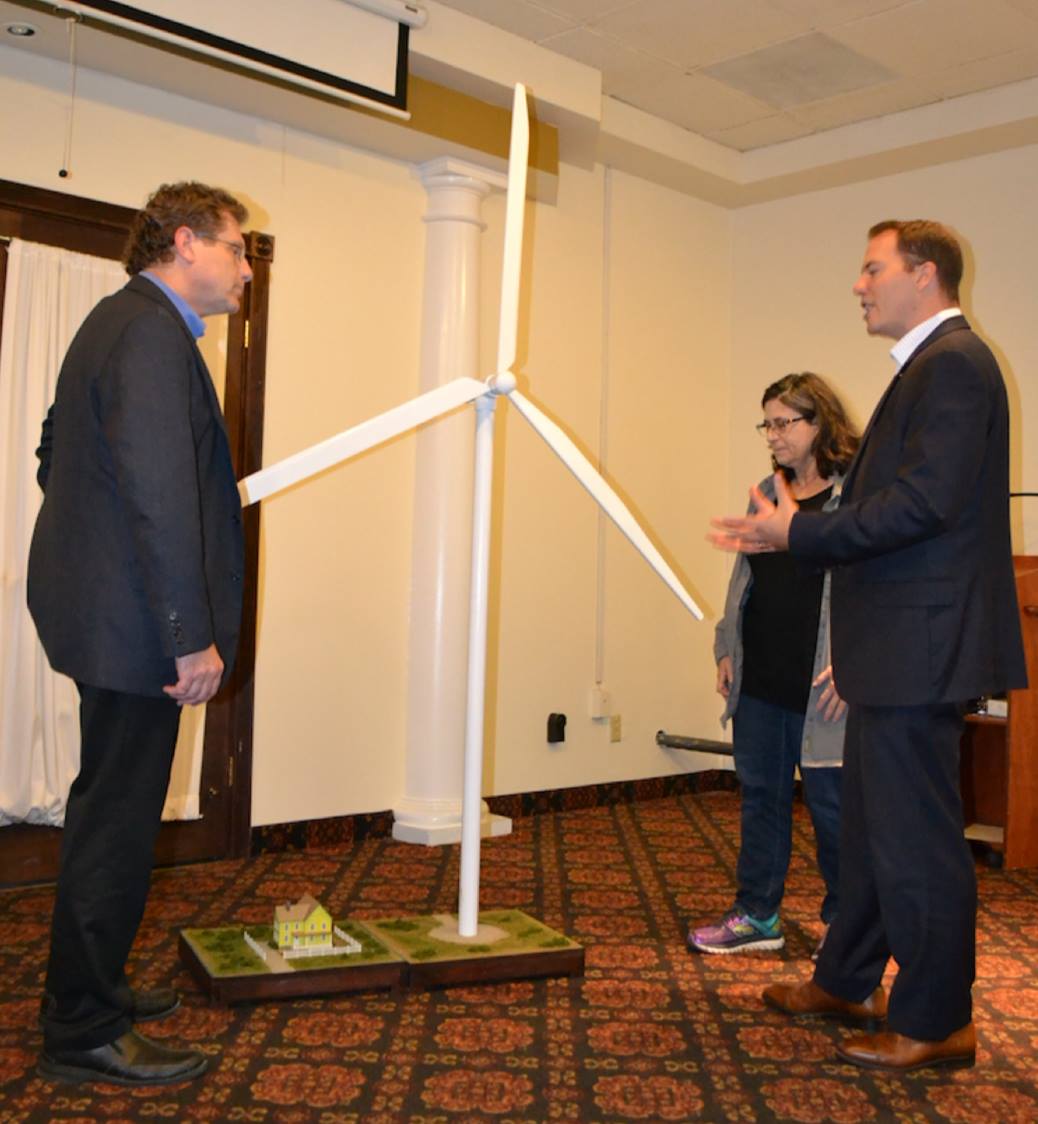