Save Ontario Shores, Inc. is a grassroots local citizens group formed in January 2015 to address the health, safety and welfare of the Town of Yates and Town of Somerset taxpayers and residents regarding the proposal by Apex Clean Energy, Inc.to build 45 to 70 industrial wind turbines in these rural towns. Concerns include sound emitting from the turbines 24 hours a day, change to the rural nature of the area with the addition of industrial wind turbines, potential health risks for those living near the turbines, effect on wildlife, local businesses, Golden Hill State Park, tourism and property values.

At heights of close to 600 feet, these would be the tallest wind turbines in New York State. They would exceed the height of the tallest buildings in Western New York cities like Buffalo and Rochester. They would be taller than the Washington Monument (555 feet) and twice the height of the Statue of Liberty. Apex has signed leases with some of our neighbors and signed easements with others; however, the larger town populations have studied the project plans and its implications and believe that the burdens to the community are significant and they outweigh the benefits. We believe that citizen questions, concerns, insight and research are essential to a thorough and honest decision as to whether the turbines should be permitted. 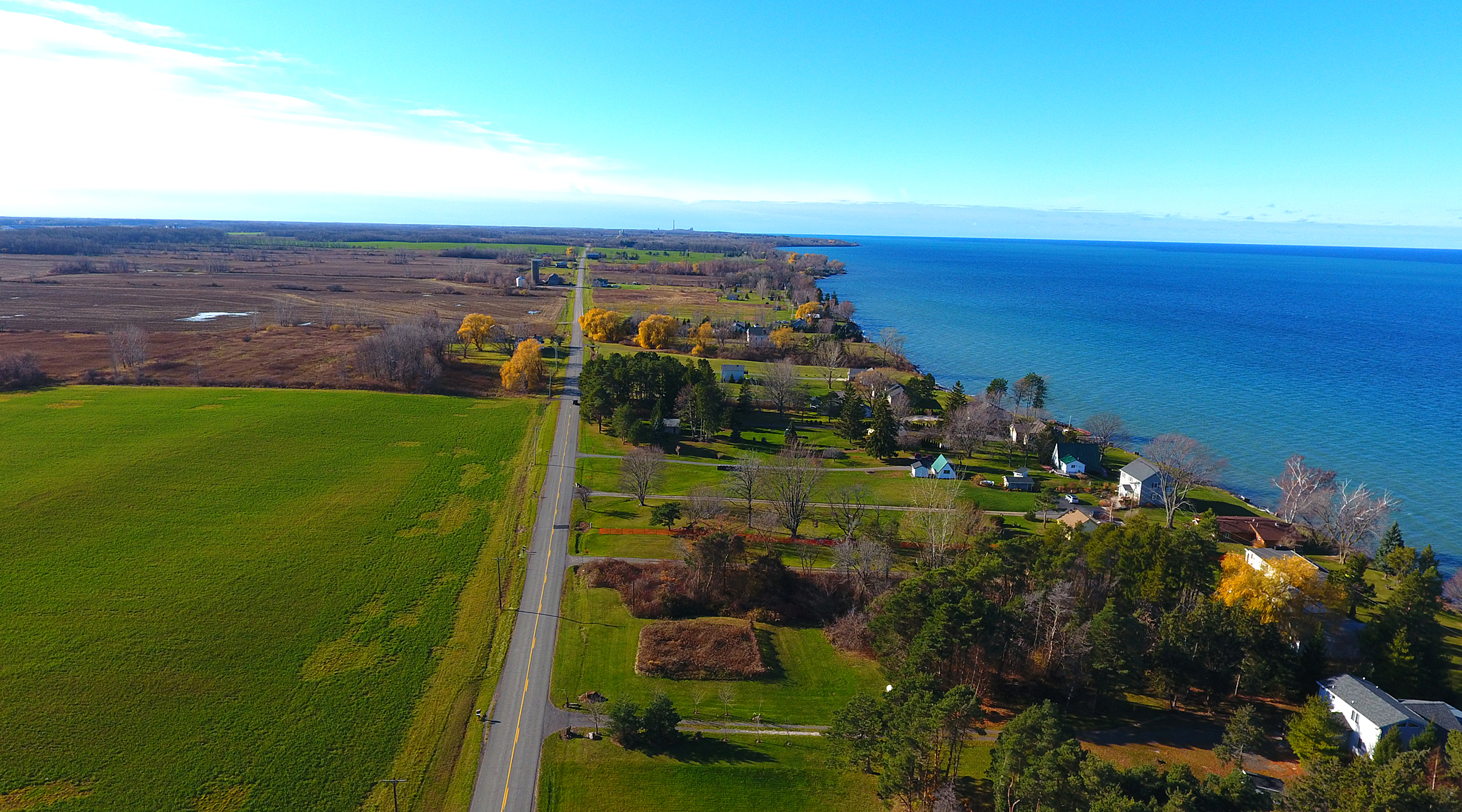 any lingering doubts about the level of opposition to this project has evaporated.

With 77.91% of respondents opposing

the Apex Lighthouse Wind Industrial Wind Turbine Emplacement Project, we have a real reason to celebrate and continue the fight.

APEX will provide the argument and evidence in favor of the turbines.

This website will provide a thorough presentation of arguments against the turbines, inform people of important dates and provide a forum for discussion. Our task is to provide balance, openness and clarity.

APEX is an out of state corporation that has the potential to gain enormous profits from placement of industrial turbines in Niagara and Orleans Counties. It is not affected by changes in the quality of life or health of local citizens, or the effect on local businesses once binding contracts have been signed. Landowners who agree to lease their land stand to benefit financially and, in addition, towns will be offered financial incentives to move forward with the development. However, ongoing payments will likely not be guaranteed and potential gains are certain to be offset by the loss of substantial rights by individual landowners, loss of tax revenue caused by a decrease in the value of properties including lake properties, and the possible loss of revenue for local businesses as people avoid this industrial zone.

The voice of concerned citizens is crucial to ensure that the well being of all the residents and landowners are protected and that the towns clearly understand the health risks, lifestyle changes, and transformation of the character of the entire area prior to making decisions and signing contracts. Information that is gathered without influence from APEX, and open information about who will profit, will be essential to the integrity of the decision.

… ongoing payments will likely not be guaranteed and potential gains are certain to be offset by the loss of substantial rights by individual landowners, loss of tax revenue caused by a decrease in the value of properties including lake properties, and the possible loss of revenue for local businesses as people avoid this industrial zone.